This week marks the 21st anniversary of when Melissa Marvin, an intoxicated 29-year-old, ran a red light and slammed into a black Chevrolet Cavalier filled with 17-year-old friends. Angela McGrady, Amanda Geiger, Megan Blong and Shana Lawler died in that crash on April 6, 1999, while Michael Horner survived with critical injuries.

Thousands of cars a day stream past the white cross that stands at the corner of the bypass and the Colington/Ocean Boulevard light. Growing up here, seeing the cross and other mementos every day while waiting for the light to change after school gets out, hearing the stories – all of it has increased First Flight students’ awareness of the issue of driving while intoxicated.

But has it decreased the likelihood of teenagers driving drunk? Has it made students think about how one decision can change countless lives forever?

“I was sick to my stomach, literally physically ill,” recalled Maggie Blong upon hearing the news that her daughter had been killed in the crash. “I couldn’t concentrate, eat, sleep. I couldn’t do anything. I was totally focused on the loved one that I lost, totally focused on Megan.”

“The woman in that case who caused that wreck was charged and convicted of four counts of second-degree murder and she was sentenced to about 45 to 60 years in prison,” said District Court Judge Robert Trivette, who served as the prosecutor of this case. “She probably will never get out of prison. So her life is ruined, four innocent teenagers lost their lives, and their families’ lives were forever changed for the worse.”

So many students know the story. Or have heard other stories with similar tragic endings. Or watched the presentations before prom about the dangers of drinking and driving. And some learn…

“I don’t like to drink and drive because I simply don’t want to drink and I don’t think it’s worth the risk,” said one First Flight senior, who spoke anonymously to discuss underage drinking. “I definitely wouldn’t drive if I did drink because that can mess up your life big time, for you and for anyone in your car or someone else’s car.”

Underage drinking, drug use, driving while intoxicated and other risky behaviors are nothing new for teens, no matter when they grew up or where they live. The Centers for Disease Control and Prevention reported in 2017’s Youth Risk Behavior Survey that 30% of high school students had consumed some amount of alcohol in the past 30 days, 14% binge drank, 6% drove after drinking alcohol, and 17% rode with a driver who had been drinking.

It’s those last two statistics that can turn a random high school party into an unimaginable tragedy.

“People who drink and drive are dumb because they are putting themselves and others in danger,” the senior explained. “They can also potentially mess up their whole life by that one action, as well as someone else’s. I just don’t do it or put myself in a situation where I would have to drive if I ever decided to party and drink.”

As the statistics show, not everyone sees it that way. Other FFHS seniors spoke of the fear of getting in trouble with parents as one of the reasons they choose to drive while impaired.

“I do it because either I can’t stay, I don’t want to sleep in my car, or I don’t want to get in trouble with my parents,” another senior said of having decided to drive drunk.

When asked about being caught – stopped by the police, found out by parents – the student admitted to being fully aware of what would happen, but that doesn’t seem to change their actions.

“I would be so screwed on so many different levels. I probably wouldn’t be going to school here anymore. I would probably be attending a military school or a very intense boot camp,” the senior said.

Considering the consequences is what Maggie Blong tries to promote and encourage at PreciousGemsMemorial.com. The website tells the story of that tragic April day on the Outer Banks, shares the heart-wrenching victim impact statements that were read at Marvin’s trial, and shares videos and guides to help teens make better choices today.

Blong feels strongly about people who drive while impaired and wants them to think of the innocent people on the highway, not just themselves. Blong is all too aware of how selfish people can be. She also knows that nowadays, there are easy ways to prevent someone from getting behind the wheel of a car while intoxicated.

“It’s just too easy now: Call Uber, right? Text the buddy to say, ‘Hey, can you pick me up?’ It’s so easy. And it’s easy to get behind the wheel, too. That’s the selfish act,” Blong said.

The consequences are severe even without a crash involved.

“Anyone convicted of DWI in North Carolina loses his or her license for a year. For teens with a provisional license, greater fines and even jail time can be added by the judge. Underage possession of alcohol brings about fines and charges for court costs, unsupervised probation, community service and sometimes the requirement to take alcohol education classes,” Trivette explained.

Not to mention that drinking as a teenager can forever impact your life and the lives of others.

“The adults I see in court in their 40s and 50s who have been drinking since they were teens look awful. They look like they are twice as old as they really are,” Trivette said. “Chronic alcohol abuse will kill you. It may take a while, but it will definitely kill you.”

As if a first offense isn’t enough of a wakeup call, the more a person becomes a frequent flyer with the law regarding driving while intoxicated, the consequences grow even more serious. At Marvin’s trial, reports emerged that she had been arrested two other times for DWI, but the charges had been reduced to less serious reckless driving offenses.

Still, repeat offenders of all ages take to the roads all the time – some of them no doubt driving past those four white crosses. The National Highway Traffic Safety Administration estimates that drunk driving deaths have fallen by a third in the last 30 years. Yet, DWI crashes still kill more than 10,000 people a year in the United States – one person every 50 minutes.

With such serious consequences and sobering statistics, it’s easy to assume that fewer people would choose to drive while impaired. Especially new drivers who have little experience on the roads.

“About eight teens die each day in this country from automobile accidents. Motor vehicle accidents are the leading cause of death for teens in this country,” Trivette said. “When you add in alcohol, then it gets even more dangerous. Please act with some sense and be careful.”

Junior Cassie Honeycutt can be reached at 21honeycuttca35@daretolearn.org.

About Nighthawk News Alumni 773 Articles
This story was written by a former Nighthawk News Magazine staff member who has since graduated from First Flight High School. 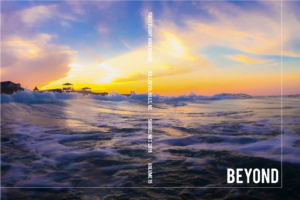 Bring Music To Your Life! 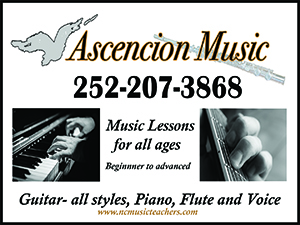